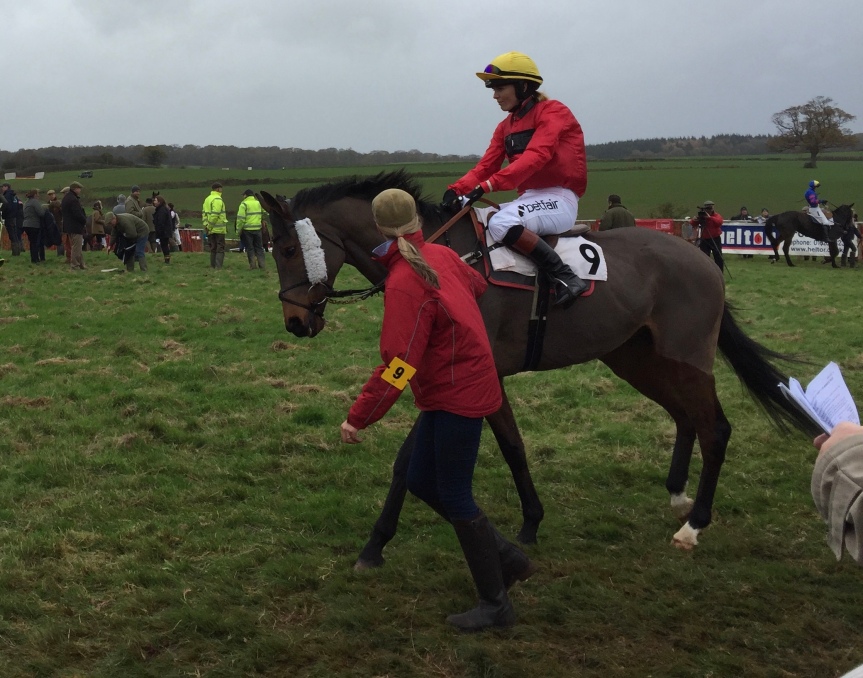 One of the stories doing the rounds last week concerned Cheltenham’s decision to require amateur Festival riders to hold a category B permit. To obtain this permit a jockey must have completed 15 rides under rules, a majority being over obstacles or 20 in point-to-point, or a combination of the two. The change will bring amateur jockeys in line with those who negotiate the Grand National fences at Aintree.

Inevitably the angle taken by the press was that  this would have ruled out Victoria Pendleton  from having competed in the 2016 Foxhunters’ Chase.

The sometimes insular culture of jump racing  appeared generally to embrace Pendleton, perhaps valuing the positive publicity she brought to the sport, although tempered with some wise words regarding safety.

I had mixed views. There is no doubt she is an incredibly gifted and dedicated sportswoman. It was also obvious she has a passion for horses and started at grass roots level- I witnessed her debut at Black Forrest point-to-point on a cold November Sunday. As  wonderful a setting as it is , somewhat unusually occupied by press on that day who probably struggled to find the venue, it can’t be described as being at the glamour end of the market. However, I can’t help but feel that there were some who have been reared in the world of horses from Pony Clubs through to points and Rules, who might with some justification, have been a little resentful. Whilst such jockeys do this, because it is in their DNA, they would not have had the facilities, investment or rides so readily available to Pendleton. Nor would they have the publicity or financial  reward for their years of relentless hard and dangerous work.

Lawney Hill who mentored  Pendelton and has not opposed the rule change, told the Racing Post that while “We have to move with the times.. we will lose the true Corinthians”. I would struggle to put Pendleton in this bracket. It was rumoured she was paid at least  £200,000 by Betfair for a year’s work and doubtless received substantial sums for associated media work and from advertising.

For me this story was not about Victoria Pendleton. Her entry into the sport was a one off and Befair have moved on, now trying to reinvent Rio Ferdinand as a boxer. The consequences are most likely to be felt by those who are experienced riders, but devote most of their time to training. Callum Miller who rode in this year’s  Foxhunters’ and is employed as a pupil-assistant  in a point-to-point yard, said that to get the licence would mean having to take five days off work and “I’ve been riding all my life…Victoria Pendleton was completely different. She’d been riding for only a year”.

It is hard not to feel some sympathy with Miller’s position, but the move has largely been viewed as inevitable and necessary.  I tend to agree.